For almost 15 years now, I’ve been immersed in the science behind Rett Syndrome. As Executive Director of RSRT I understand that the work is methodical, that good research takes time, that breakthroughs often come after many tiny, incremental steps.
And yet, as a mother witnessing my 16-year-old daughter deteriorate a little more each year, I feel a great 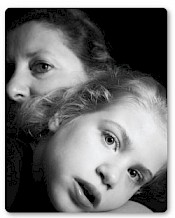 urgency to push the research harder and faster.

All families with intimate, daily experiences of Rett Syndrome’s harsh rule know the longing for their children to be free and well. RSRT is one-hundred-per-cent focused on that ultimate goal – and that’s what guides our choices about where to invest not just our hard-won funds but our hopes and dreams.

2012 gave us reason to be hopeful. We are grateful for the active engagement of our trustees, the unwavering commitment of the families who fundraise for us and the generous contribution of a wide range of people who give their time and talents freely to help us achieve our goal. We wouldn’t be where we are without the unique global partnerships that we enjoy with Rett Syndrome Research Trust UK and the Rett Syndrome Research & Treatment Foundation (Israel), and with national organizations such as GP2C, Kate Foundation, RMRA. Together you have produced an investment in science that will create a better future for our children.

But that future won’t just happen. Before Rett entered my life, I had never given much thought to the drug development process. Like most people, I assumed that academic scientists, industry and government worked together seamlessly to discover effective therapies for the horrible ailments that afflict us. Nothing could be further from the truth.

There is no “Department of Cures.” Laboratory breakthroughs don’t naturally bubble up and become drugs. The reality is that progress must be relentlessly driven, managed, nurtured and prodded, not to mention funded. It’s a messy, difficult and expensive process that can be slowed and derailed by a multitude of hurdles.

Disease-specific organizations such as RSRT cannot afford to be spectators, passively reviewing proposals and granting money. It is incumbent on us to set the research agenda and to facilitate its execution while staying nimble and vigilant to new opportunities.

Two such opportunities would not currently exist without RSRT: reactivating the silent MECP2 on the inactive X chromosome, and gene modifiers. Following the 2007 reversal, RSRT carefully evaluated the state of Rett research and made the decision to champion these explorations before others had even realized they were, in fact, promising approaches.

Will they lead to a cure? Ongoing research and clinical trials will tell. But in the meantime, RSRT will continue to encourage and support the research that holds the greatest promise to truly change our daughter’s lives. For we have the most to win if we succeed, and the most to lose if we fail.

There is no mystery about why a girl suffers from Rett Syndrome. The cause is that mutated copy of the MECP2 gene inhabiting her every cell. But since MECP2 is on the X chromosome and all females have two X’s, beside each mutated gene rests a healthy but silenced twin. What if we could replace the flawed gene with its perfect counterpart?

That’s the question Ben Philpot of the University of North Carolina at Chapel Hill has asked. RSRT has awarded Philpot, Bryan Roth and Terry Magnuson $2.2 million to answer it.

Philpot’s recent paper in Nature describes successful reactivation of the silenced gene in Angelman Syndrome, demonstrating that replacement is possible.

Joining Philpot and Roth in this effort is Terry Magnusson, a world-renowned leader in X-inactivation. The award will fund a team of three full-time post-docs and two technicians.

The goals of the 3-year project include:

Along with activating the silent MECP2, RSRT has championed a second exciting approach.

In her Baylor College of Medicine laboratory, Monica Justice set out to identify modifier genes – altered genes able to dampen the ill effects of an MECP2 mutation. 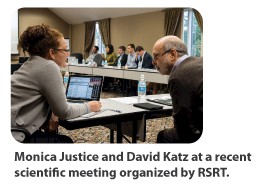 The common belief has been that these genes would be hard to find. The reality? With the screen just 15% complete, Justice has already found five. What she is seeing in mice implies that Rett-like symptoms are unstable, and consequently easier to revert to a normal state than anyone had suspected.

None of the modifier genes can suppress the disease entirely, but each reduces a subset of Rett-like symptoms. While we had originally thought that the
modifiers were specific to the central nervous system, it turns out they may operate elsewhere in the body. At least one of the modifiers suggests an alternative therapeutic target, using drugs already FDA-approved. With RSRT funding Justice is now testing the drugs in mice and has a manuscript currently under review. A clinical trial is being explored.

At RSRT we’re excited about will happen once the screen is completed. Justice is likely to find many more modifiers, some of which may point to tractable pathways. In support of this goal, RSRT has committed an additional $800K to the Justice lab, bringing its total commitment to the modifier screen to $1.5 million. This funding should provide sufficient resources to allow Dr. Justice to reach the 50 percent mark in the screen within two years – at which point she will propose a plan to us for completing the project. Many more modifiers await discovery. Further surprises are likely in store. 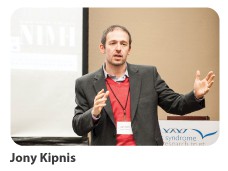 We have also awarded funding of $720K to the lab of Jonathan Kipnis at the University of Virginia. Kipnis and colleagues hope to gain better understanding of the immune system’s involvement in Rett by analyzing patient blood. The hope is that immune-based therapies can be developed.

Previous work from the Kipnis lab suggested that bone marrow transplants could be beneficial. Before proceeding to clinical trials with a procedure that is extremely serious and risky, RSRT committed funding in 2012 for independent corroboration of these findings. 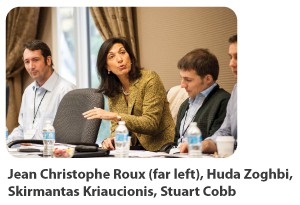 RSRT is supporting work at John Bissonnette’s lab at OHSU (Oregon Health & Science University) to explore serotonin 1a agonists for their ability to reduce apneas, and Andrew Pieper’s lab at UTSW (University of Texas - Southwestern) for ongoing drug screening. 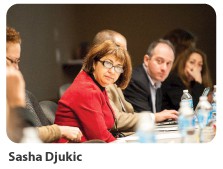 Finally an award of $65K was made to Dr. Sasha Djukic for her work at the Tri-State Rett Syndrome Center in the Bronx, NY with the majority of the funds
coming from the annual Reverse Rett NYC event.

Please join me in wishing all of our scientists Godspeed. I look forward to keeping you apprised of their progress. One last heartfelt thank you to everyone who raises research funds for RSRT. These projects are your money and your effort at work.