The Day My World Stood Still

It started out as a pretty good summer day. Or as good as any day could be that year.

I had dropped my almost 6-year-old daughter Jennifer off at day camp. I was planning a birthday party for her in three days. We would have a pool party and invite many of her friends as well as family friends. I was looking forward to it.

At the same time, I was waiting on results of a blood test that we had taken for my 3-year-old daughter, Hannah. It was an ongoing search to find out what was wrong—or rather, what was going wrong.

At two she could say many words and used them appropriately. There were a few things that had concerned me, such as her fear of running water out of the blue that we overcame, or her “lazy eye” that we also addressed. My husband and I sought out specialists who told us she would be fine. 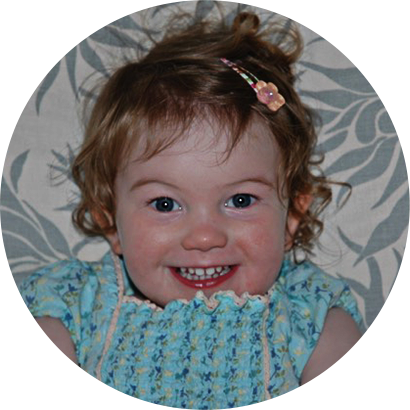 But then Hannah’s “messy eating” didn’t improve, and actually seemed to stall. She had a wide gait when she walked. She didn’t hug. Her speech stalled and even went backwards. It was alarming, to say the least. We had her tested for “everything” or so I thought. All the tests came back negative.

Then we went on a family trip to visit my in-laws. On the trip, we noticed she had difficulty eating, was gagging on food, not walking up and down stairs, and then I saw her arm tremor and she dropped to the ground. This happened as we were walking out the door to catch the plane home. Should we take her to the ER? We decided not to, as she was giggling all the while it happened. Had I imagined it right before my eyes? Did she just sit down and maybe voluntarily shake her arm? Was she gagging on food because of a cold she had come down with? Did she refuse to walk down the stairs because Grandpa’s stairs were a bit slippery? I wanted to explain it all away, as all the doctors I had been to were doing, even though deep down I knew something was terribly, terribly, wrong.

So we got in the taxi and I called Hannah’s pediatrician on the way to the airport. We went straight to see her when we arrived home. By now Hannah was also doing this thing where she would breathe very rapidly and then hold her breath. The doctor decided to do some blood tests.

So I was waiting for the results as I had waited so many times before, expecting them to tell me again that I was over-reacting and there was nothing conclusive. But she called and said I needed to take Hannah directly to the hospital. Hannah’s blood chemistry was off, we would find out later, due to her hyperventilation.

I dropped everything and rushed Hannah to the emergency room. The doctors asked me all sorts of questions—questions I felt I had been asked hundreds of times. I told them everything. They were residents—still learning—and they listened to everything I had to say.

After two days in the hospital, and no answers, I told them I was taking my daughter home. They stopped me and said, “Before you go, we want to test her for something. It will take about a month to get the results.” I asked them what they wanted to test her for. The resident said he couldn’t tell me. It was better to find out after the results came in. I blocked the door to the room so he couldn’t leave. “Tell me what you are testing my daughter for,” I commanded. All I could think about was that I was watching my daughter fall off this cliff and if I knew what she had, perhaps I could use this month to somehow try and stop it. I already had her enrolled in all kinds of therapy to address each new symptom that had popped up in the last year, but what if there was something I was missing? I stood there, unmoving. Finally, after some back and forth, he said, “Rett Syndrome.”

“No. Not that. That’s a bad one.” I said. I had come across Rett months earlier in my search for what was ailing my daughter and at the time, she wasn’t exhibiting the known symptoms. I remember feeling relieved and thinking, “Whatever she has, at least it isn’t this.”

So when they said it could be Rett, I ran to the computer to refresh my memory of just how bad it was. What I found was bleak. Debilitating anxiety, impaired digestion, disordered breathing, loss of hand use replaced by hand-wringing, loss of motor control and the worst so far, the loss of her speech. All of these symptoms she now had. 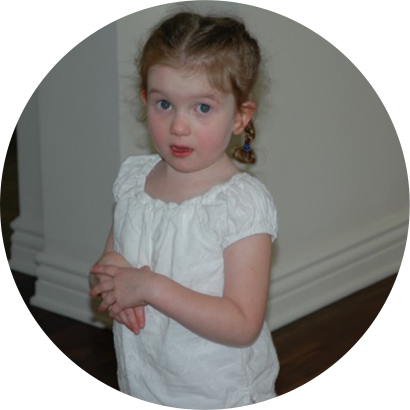 And what might she have to look forward to? Severe scoliosis, seizures, a wheelchair, a feeding tube… Hannah could face a future of misery, trapped in a body that progressively deteriorated with no means to express herself and no treatments in sight.

As I read this I broke out into a sweat that soaked through my shirt and then I collapsed into a heap on the ground.

I don’t know how I got through that first week. I had to throw Jennifer’s birthday party—I went through the motions and managed to smile for her, all the while feeling like my younger daughter’s life was slipping through my fingers.

I spent the rest of that week on the computer, scouring it for any research, any support, any glimmer of hope. I wrote letters to scientists in the field. I found other parents. And the day that RSRT launched, September 25, 2008, I contacted Monica Coenraads, RSRT’s executive director. I noticed immediately that Adrian Bird, a highly respected Rett scientist was on the board, and I felt that this might be the place for me. I told Monica I wanted to join the RSRT team as I too had a laser focus on a cure.

The 6th World Congress on Rett Syndrome was coming up in a few weeks in Paris and I decided that I would go to meet as many scientists and clinicians as I possibly could. Monica went as well and that is where we first met. While there, Monica introduced me to Adrian Bird (as well as Huda Zoghbi, David Katz and others). To me, this was better than meeting any movie or rock star. This scientist, or someone like him, was going to be the one to cure my daughter. On the opening night of the conference, after Professors Bird and Zoghbi gave the keynote speeches there was going to be a formal dinner for all the meeting participants. Instead, Professor Bird, Zoghbi and several other top scientists in the field decided to skip the formal dinner and join Monica and my husband and me for a casual dinner. As Professor Bird and I walked side by side down the Paris streets on the way to that dinner, he said to me, “You are smart to have aligned yourself with RSRT. Monica has the respect of the scientific community and keeps researchers focused on the end game – a cure.”

I knew I had to fund the research, Rett being a relatively unknown disease with no one famous to bring it to the forefront. I had never done any fundraising before and I wasn’t sure how to start. The first thing I did was to write a letter to everyone I knew throughout the world, asking for donations. I hadn’t wanted to go so public, but I felt I owed it to my daughter to do everything in my power to give her a future she deserved.

The following year I hosted my first fundraiser for RSRT, with the help of a good friend. She volunteered to host it in her back yard and I was very grateful for her kind offer. I wrote a speech. We made a simple video. We found someone to donate a few appetizers. We got minimal seating for the back yard, and threw our first Hope for Hannah fundraiser, in honor of my daughter. Two years later, I joined forces with another Rett mom and we renamed the event Hope for Hannah and Gaby Gala. And as the years went by, more families joined the team. This October 20th will be the eighth year of the event, now known as Reverse Rett LA. 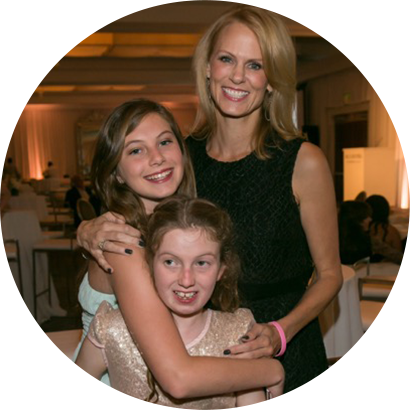 When I started, I didn’t feel like I knew what I was doing. I had no idea if I would be able to raise very much money for the research, but I had to try. And really, that is all any of us can do. We can make the effort and try. Because whether it is $500 or $500,000 we need the funding, and every little bit helps.

I still get that sick feeling in my stomach when I think about the day of Hannah’s diagnosis. Or when I think about how much of life she has missed out on and continues to miss out on. But now I have real hope for a cure. We have come so far with the research in the eight years since Hannah’s diagnosis. From Adrian Bird’s proof of principal that Rett is a curable condition, to a cure on the horizon. We still have much to do, but we are getting there. It feels good to be doing something to help my daughter and out of that, to help all the girls with Rett. When I look my daughter in the eye, I know I am doing all I can to make a difference. Hannah will have a future, as will all the girls with Rett.