Lessons from the Ice Bucket Challenge

I’ve been thinking a lot lately about the phenomenon of the Ice Bucket Challenge that swept the nation this past summer. This was a major coup for research on ALS, also known as Lou Gehrig’s disease. By most accounts it resulted in more than $100 million going to several organizations that support ALS research. It also created a whole new level of awareness of the disease. I was very happy to see this. ALS is an awful disease and research to find treatments or a cure is highly worthy of support. It was also great to see the country so caught up in a movement for a good cause. 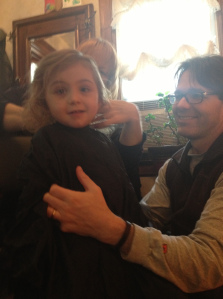 A number of people have asked me if I wished the whole phenomenon had focused on Rett Syndrome instead of ALS. My answer—of course I do. How could I not? I have a daughter who struggles every moment of every day with Rett. What would I not do to hear her say “daddy” or “mommy” or to watch her walk across a room? It’s not just my daughter who moves me to say this; it’s also the more than 150 other girls and women with Rett Syndrome I’ve now met. It’s their faces and their expressive and intelligent eyes that keep me awake at night. So, yes, I wish the Ice Bucket Challenge had raised $100 million for Rett research to change their lives and my daughter’s life. That kind of funding would create a sea change for our research. It would greatly speed up progress. It would buy more time from the scientists who are already working so hard on Rett Syndrome; it would allow us to expand the number of researchers focusing on Rett; it would enable more projects and more scientific collaboration. In short, it would very likely have a tremendous impact on accelerating us towards what we all want so badly—effective treatments and a cure.

I could go on wishing, but that wouldn’t be very productive. So instead I started thinking about what I learned from the Ice Bucket Challenge and how I might apply it. I asked myself why people gave to this phenomenon so readily and generously. It’s clear that they weren’t giving because of information they got on ALS or the research. Most of the Ice Bucket videos I saw contained little or no information on ALS. So why did people give? I think they gave because of who asked them. They gave because they were “challenged” by someone they knew, trusted, and respected—a friend, a colleague, their daughter or son, their parents, or an old college or high school pal. Even celebrities gave because they were “challenged” by some other celebrity they know or work with. 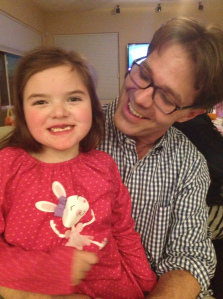 The Ice Bucket Challenge showed me that what’s all important is who is doing the asking. It showed me something that sounds basic, but is so important—that each of us has the power to ask and that we all can act on it with our own friends and family and make a difference to the research and to our daughters’, granddaughters’, sisters’, and nieces’ lives. And now, around the holiday season as the year is ending and people are thinking about their giving, is the best time to do it. I know I’m making it sound easier than it is. Asking people for money, even for a compelling and promising cause like ours, is hard. But what I find is that the results are surprising and rewarding—not just the fact that people give, but that they give so happily and that they are so pleased to be making a difference. 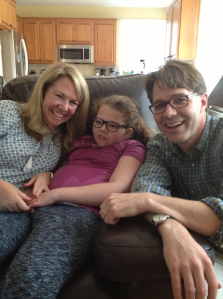 You might say to me—well that’s nice; but how do I ask? What do I say? Do I do it in person or in a letter or email? Those are all good questions. But there’s no one-size-fits-all answer. My advice is to tell your story about why you care about this, and then ask if people will give to this cause that matters so much to you. You know best what would work for your friends and family—maybe it's a heartfelt letter or email; maybe it's knocking on a few doors; maybe it's taking a group of friends out for coffee or a drink. There’s no right or wrong way to do it. Keep it simple, be honest, respectful, and do it from the heart.

So this holiday season, if you’re not already involved with events or asking family and friends for support of the research, try it. Try asking a few people and see what kind of response you get. I think you’ll be pleasantly surprised. I am here to help if you want to think it through or run a letter by me. Please do not hesitate to call or email me any time. Thank you so much.