If You're Going Through Hell, Keep Going

Seven years ago, I laid on my bathroom floor and thought about never getting up again. It was one of those mornings any parent of a child with Rett Syndrome will know well; the ones where just getting everyone ready for school and out of the door demands the determination of a marathon runner.

I was late taking my daughter out to her school transport. I waved her off, cheeks burning, whilst agitated neighbours sat blocked in by her bus and then walked my young son up the road to school. I cried all the way home and opened the door to morning carnage; leaked overnight feed, wet bed, breakfast mess. On that day, a delivery was due, a new bath hoist, so I went to start in the bathroom first. I didn’t get very far. Overwhelmed by the mess and all the feelings that new equipment can bring, I laid down on the floor and thought about just not ever getting up again.

Amber was diagnosed with Rett in the year 2000, at the age of almost five. She’d had an autism diagnosis until then. She’d never even seen a Physical Therapist. She could walk, she ran, she could climb stairs and into the bath and onto a swing. Yes, she had Rett, the newly available MECP2 screening confirmed that, there was no way I could deny it, but to my mind she was one of the lucky ones.

Fast forward ten years, this was the third bath chair to be taken away. We needed a new one to get her safely in and out, one which had straps and a horrible thing called a pommel to hold her into a hard plastic seat so that she wasn’t able to slide down for a soak the way she liked to anymore. The last resort after this was a ceiling tracking hoist, which would lift her completely out of the bath like a winch. I already knew the ceiling in the small 200-year-old cottage we lived in would not hold that kind of hoist.

I wondered, then, laying on the bathroom floor, where we would be in another ten years. In a different house without a doubt. Would my life still be consumed with waiting for deliveries of pads or feeding supplies or yet another piece of increasingly restrictive medical equipment? Would Amber’s? She could only take two or three slow steps with help these days. Now the same height as me, I had to lift her into the van. What else would we lose as more time passed? Carrying on with any of it felt unbearable until the realisation came that if I one day didn’t have to, it would be because something far more unbearable had happened.

I remember thinking, I could just lay here and never get up again. I got back up off the bathroom floor that day because neither of those futures were acceptable to me.

I realised something critical that day and it’s this: there’s only one way things are going to significantly improve for Amber and anyone else with Rett Syndrome and that will be when there is treatment which can stop the debilitating symptoms of this cruel disorder and a cure which can restore their lost abilities.

So I got up, cleaned up and sat down to work out what was going on in the research and if there was anything I could do to speed things along.

I’d followed Rett research since 1999, when scientists at Huda Zogbhi’s lab identified mutations in MECP2 as the cause of Rett Syndrome. This was big news, even in the autism world. I remember thinking at the time, ‘that’s a horrible condition, thank God she doesn’t have that,’ but the other thing that stuck in my mind was a small group of parents who had managed to raise an impressive amount of money to keep the research moving forward. The name Monica Coenraads kept coming up. Later when Amber was diagnosed, after the only thing I kept reading about a cure was that there wasn’t one, I looked this group up again. By then they were the Rett Syndrome Research Foundation.

But I followed RSRF nonetheless. I followed them all the way until the day in February 2007, when an email dropped into my inbox telling me that Rett Syndrome had been reversed in a mouse model of late stage disease; that a cure is hypothetically possible, even for someone who already has symptoms of the disease. Even for Amber. ‘That’s great.’ I thought. ‘Only a couple more years to wait.’

Back to the bathroom floor day, I was done with waiting. My internet search led me to the newly founded Rett Syndrome Research Trust, led by none other than Monica Coenraads. I wanted to find out what was happening in the research and why it was all taking so long. I knew if anyone had the answer, Monica did.

Following the merger between US family organisation IRSA and RSRF in 2008, Monica started the Rett Syndrome Research Trust (RSRT) to exclusively work to bring about treatments and a cure for Rett Syndrome. RSRT is the world’s leading Rett Syndrome research organisation. They fund the most Rett Syndrome research worldwide dollar for dollar. They are financially super-efficient and economical. They have an all at once common sense and sophisticated approach to driving the science forward with not a moment or cent wasted, but most importantly, their approach to driving the science forward is urgent and razor sharp in focus.

That day, when I read about the research projects RSRT was funding and their wider strategic approach to making treatments and a cure for Rett Syndrome happen, I wanted to find a way, any way I could, to help. I didn’t want to start an organisation. I was a single parent at the time, barely scraping by. I didn’t have any money; I didn’t even know anyone with any money but what I did have was time, in the day, when the children were at school. And whilst I only knew one other parent who had a child with Rett Syndrome in the UK, I knew there were more out there and that out there, there would be people who felt like me and that together, we might somehow create a window for people to help drive the science forward via RSRT from the UK. 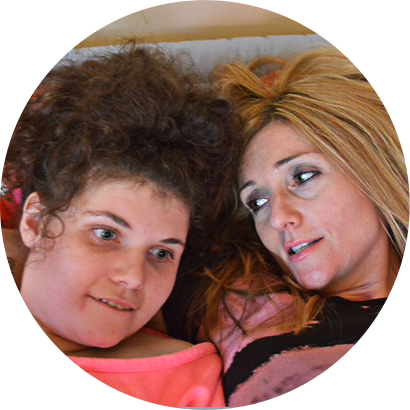 With localised spending happening across many countries and a lack of a central drive, disease-groups often experience different scientists in different countries, replicating the same research, wasting time and money with no central impetus bringing the different projects together and ensuring the field moves forward cohesively. It is a brilliant thing to start a patient organisation but it’s key to know what your goal is from the start. When the focus is on geography, or more accurately, national identity, and not on the overall trajectory of the field, with an uncommon disease like Rett Syndrome, there is only one loser; the patient.

The first time I emailed Monica, she asked me if we could set up a time to speak on the phone. I was horrified. I had seen her speak at a conference a couple of years earlier and had lately been doing a lot of listening to her Youtube videos whilst doing jobs around the house in order to better understand the research. I didn’t want to actually have to speak to her in real life. I didn’t know who she thought I was, or what I could do….I didn’t have any money to donate; I didn’t even have a phone. But I remembered my face wet against the hard tile of the bathroom floor and went to the store, bought a phone, plugged it in and the rest is history. It only took one call to realise that Monica wasn’t all that different from me—she wanted treatments and a cure for her own daughter and all girls and women with Rett. She just had years of experience working with scientists so she knew the leading researchers very well. It took two calls to realise that we’d need our own UK organisation so we could raise funds and distribute them to RSRT to make the biggest impact on moving the whole Rett research field forward.

Six years on, Reverse Rett has now delivered over $5 million to RSRT. It isn’t enough. Amber is 20 now and can no longer stand up. She has to be hoisted into and out of bed, never mind the bath. Every minute that she is awake, she struggles with breathing difficulties and tremoring and dystonia. Whilst other 20-year old girls are living it up at college or lying in the park on a sunny day with a boyfriend, this beautiful young woman is stuck in her wheelchair or sat on her bed, doing physio stretches, being tube fed, trying her best to control a computer to make the most basic of choices with her eyes.

RSRT continues to set and execute the research agenda, supported by Reverse Rett all the way. And so, the research moves forward and with it, the potential for a better future continues to unfold, for Amber and my step-daughter, Beth, and for all girls and women with Rett Syndrome worldwide. Waiting is overrated. Nothing feels better than taking action to build a better life for the girls we love.