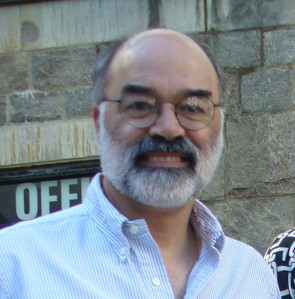 Discovering drugs to treat diseases of the central nervous system is a formidable task. Our brains are easily the most complex machines on the planet and the more we learn about this machine, the more daunting seems the task of fixing it when things go wrong. This point is brought home for me when meeting people with some of the CNS disorders I hope to help treat. I’m new to Rett Syndrome but have now been to a couple of events along with girls suffering Rett and their families. How can a mutation in a single gene result in such a complex outcome?! There is a specific answer to this question, because MeCP2 mutation causes Rett, a specific disease. Yet it is a long and winding road from MeCP2 to that characteristic hand wringing and the many other symptoms Rett girls experience over a lifetime. Where to step in with a drug therapy and what to expect as an outcome?

The best way to deal with such complex drug discovery problems is head on - identify the root cause of a disorder, fix that, and relief from even the most complex symptoms should follow. For Rett, there is very good basic science data to suggest that if we restore MeCP2 function then we will restore brain function, and so with habilitation therapy achieve a cure. Encouraging research along this line is ongoing and we can hope for success.

However, many, if not most, of the drug discovery efforts around Rett syndrome target the consequences of MeCP2 mutations to provide a therapeutic benefit. Put another way, these approaches aim to mend the damage done to the brain that results from lack of functional MeCP2. In fact, this is the most common approach in CNS drug discovery, where root causes are seldom clear. Such approaches can be quite effective. Perhaps the best example is in Parkinson’s disease, where dopamine neurons in the brain die off. We don’t know why dopamine neurons die or how to prevent this die off, that is, how to fix the root cause of Parkinson’s. But we have a pretty good understanding of the dopamine system and from this knowledge drug therapies, and more recently deep brain stimulation therapies, have been developed that compensate for the loss of dopamine neurons. Take a look at this YouTube video of the effect of deep brain stimulation in a Parkinson’s patient. Clearly, this patient is being enormously helped by his therapy, even though the therapy does not fix the root cause of dopamine neuron loss.

Can we fix the Rett brain and anticipate that complex symptom relief will follow? I think the answer is ‘yes’. And, there is a guidepost on how we may go about this in the efforts being made to discover new therapies to treat cognitive defects in schizophrenia. Schizophrenia, like Rett, is a neurodevelopmental disorder that results in an incredibly complex and variable array of symptoms. Of these, the cognitive deficits are the most debilitating, keeping patients out of school and work even after their more florid symptoms are under control. But these cognitive deficits are complex, as are their outcomes (that’s an understatement!). How would we know that a new therapy had a meaningful effect in the face of such complexity, let alone how to prove a benefit in a Phase II clinical trial? The schizophrenia research community, NIMH, FDA, and the pharmaceutical industry, took this problem on and the result was the MATRICS and CNTRICS Initiatives. In MATRICS, complex global cognitive deficits in schizophrenia were broken down into simpler components like working memory, for example as measured in the ability to remember a short word list. The idea is that improving a patient’s working memory, coupled with habilitation therapy, would make the patients better able to keep track of tasks and so hold a job or finish school. CNTRICS takes this one reductionist strategy one step further by trying to identify the fundamental physiological brain abnormalities that underlie the simpler cognitive components. For example, associating an EEG abnormality with a working memory deficit. The logic now is that, if we fix the EEG abnormality, we will fix working memory, and the patient has an improved cognitive toolbox to use in daily life. Clinical trial follows this progression – first, fix the EEG abnormality, which is most quantifiable and requires the smallest number of patients; second, take the learnings on drug dosing etc. from the EEG trial to prove a reliable drug regimen that fixes working memory; third, use this drug regimen, in combination with habilitation, to explore the potential for ‘real life’ benefits.

I think a structured approach following a MATRICS/CNTRICS model could be very impactful in developing drug therapies for Rett. But the devil is in the details. The most obvious and immediate questions are scientific- what to measure first, second, third? Less obvious but no less important are questions around clinical development strategies and timelines for such an approach. Where along such a path does such a drug become approved and so commercially available? These latter issues will require significant thought and discussion among all in the Rett community. More of my thoughts on the science and these broader issues in future posts.

Dr. Menniti is the Chief Scientific Officer at Mnemosyne Pharmaceuticals