Anyone who follows Rett research knows that the devastating disorder is caused by mutations in the MECP2 gene. The mutations then cause a poorly understood cascade of downstream effects that result in the symptoms that we associate with the disorder. All of the current clinical trials as well as the numerous recent industry announcements are for drugs that target one of the downstream targets illustrated in the graphic below (dark blue). 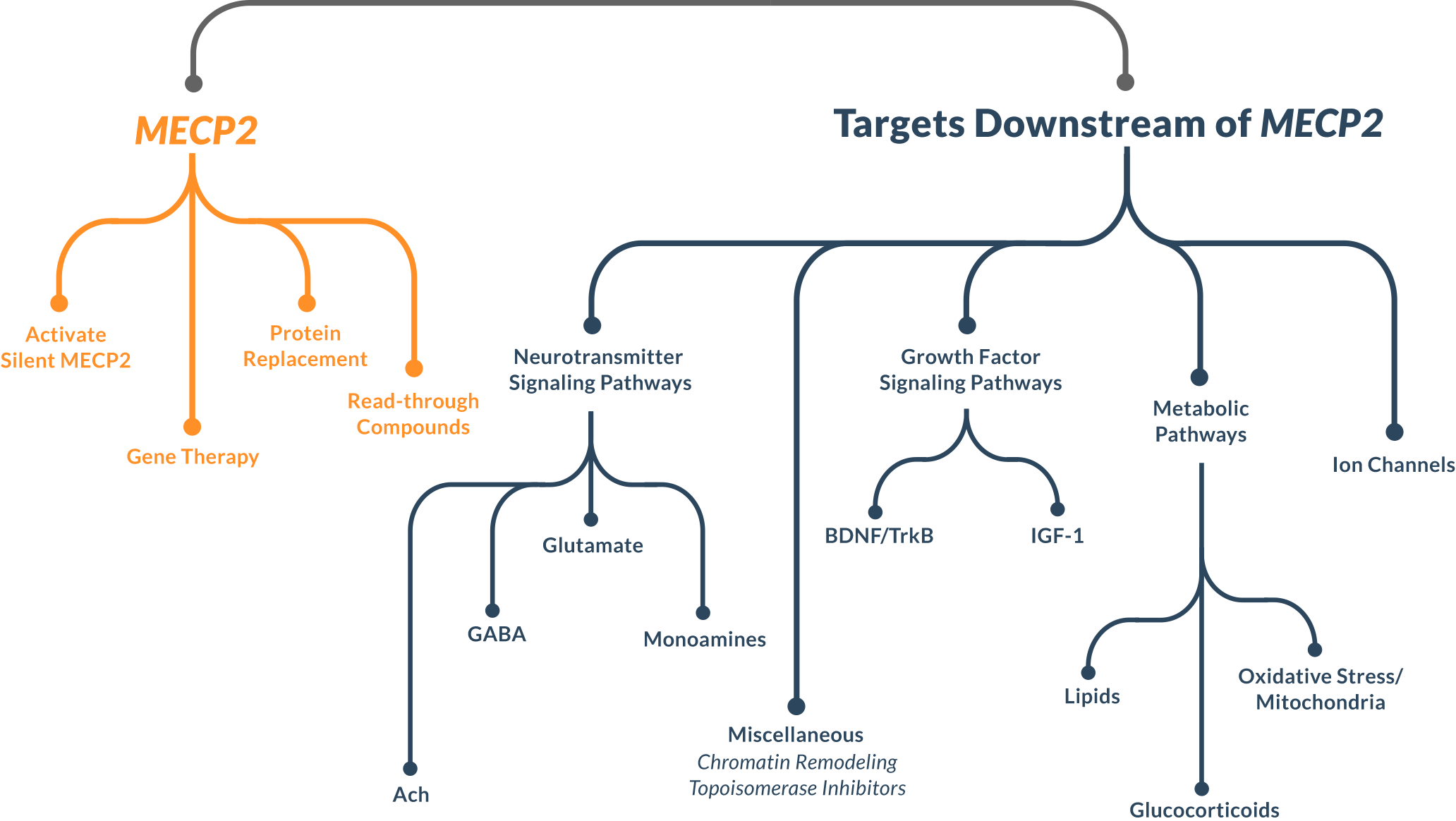 Targeting downstream targets is very important to developing potential treatments for Rett symptoms, and numerous RSRT projects and clinical trials take this approach. But the downstream target approach is unlikely to produce the type of profound symptom improvement that we hope would come from attacking the very root of the problem: MECP2.

We are fortunate with Rett Syndrome that we can target MECP2. In fact, this can be achieved in a number of ways. One way is by activating the healthy but silent copy of MECP2 that is dormant on the inactive X chromosome. Another way is via delivering healthy copies of MECP2 via gene therapy. RSRT has two Consortia that are dedicated to advancing these approaches.

But there is also another way to target MECP2—at the RNA level. A novel technology called Spliceosome-Mediated RNA Trans-Splicing (SMaRT) allows a mutation to be spliced out and repaired in RNA. It’s an exciting new way to approach the genetic crux of Rett Syndrome, and it’s why Stuart Cobb of the University of Glasgow has received a $300,000 award from RSRT to work on SMaRT as well as protein replacement which is yet another potentially curative strategy. Rather than delivering genes, this approach delivers the protein that the gene encodes. In order to deliver the MeCP2 protein to the brain we must penetrate the blood brain barrier (BBB), the protective dynamic interface that separates the brain from the circulatory system and protects the central nervous system from potentially harmful chemicals while regulating transport of essential molecules and maintaining a stable environment.

RSRT has also made a $125,000 award to a biotech firm, ArmaGen, whose platform technology takes advantage of the body’s natural system to non-invasively deliver drugs across the BBB. The BBB selectively allows vital nutrients to pass from the bloodstream to the brain, through the presence of receptors that enable the entry of compounds such as insulin, transferrin (protein that transports iron) and low-density lipoproteins (LRP1, proteins that transport fat). ArmaGen’s approach targets the same receptors that transport these compounds to the brain. 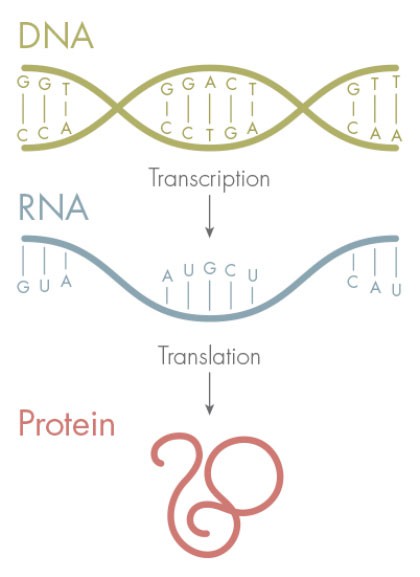 Armagen’s scientists will fuse certain specific molecules to the MeCP2 protein that will allow it to be recognized and pumped across the blood brain barrier. One advantage to this approach is that it would provide the opportunity to adjust the dose of MeCP2 protein to optimize benefit for each individual.

Since we do not yet know which of these approaches will work best, it is imperative to drive them forward in parallel. We are very fortunate at RSRT that our donors and the families that hold events and raise funds make it possible for us to attack Rett Syndrome from multiple front-lines. As always, we are indebted to all who support our work.