In contrast to the leadership of most organizations we yearn for the day when RSRT is no longer in business - that will mean an end to Rett. Until that day comes we will continue to invest in high quality science. In the first half of 2013 RSRT has committed $1.7 million to new projects that range from basic science to clinical trials. We invite you to learn about our investments, which our donors have made possible. As always we welcome your questions and feedback. 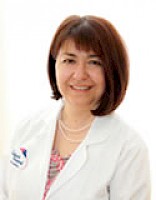 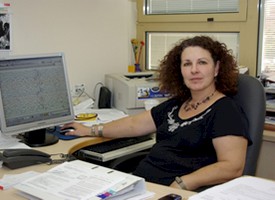 There is a multitude of data suggesting that mice models of Rett have low levels of a neurotrophic factor called BDNF (brain derived neurotrophic factor). BDNF is a very important and complex protein that is implicated in a variety of disorders. Increasing BDNF in the Rett mice models, either genetically or pharmacologically is beneficial. An FDA approved drug for multiple sclerosis called copaxone (or Glatiramer Acetate) is known for increasing BDNF and therefore of interest in treating Rett.

RSRT has committed to funding an open label study of copaxone in two centers, the Tri-State Rett Syndrome Center at Children’s Hospital at Montefiore in the Bronx, under the supervision of Dr. Sasha Djukic, and at Sheba Medical Center in Ramat Gan in Israel under the supervision of Dr. Bruria Ben Zeev. Each center will give copaxone to ten individuals for 6 months. Below is a comparison of the two studies.

While copaxone is not going to cure Rett Syndrome we hope that by increasing BDNF we will see improvements in symptoms. The trials are currently recruiting.

If you’ve been following RSRT’s activities then you know that one of the strategies we are pursuing is reactivation of the silent MECP2. We are adding Michael Green of UMass to our existing portfolio of labs who are working in this space. 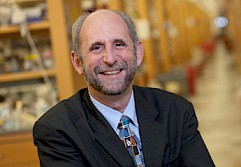 Dr. Green is taking a somewhat unconventional approach as he is attempting to reactivate the entire X chromosome and not just MECP2. His work first came to RSRT’s attention in 2009. We learned that he was conducting a screen to identify genes that control X chromosome inactivation (XCI). As his work matured over the next few years he did indeed identify factors that control XCI, some of which belong to molecular pathways for which there are drugs. These drugs can now be tested in culture and in vivo in the Rett mice models.

Recently a paper from a colleague of Michael Green’s, Jeanne Lawrence, received enormous attention for doing the opposite of what Dr. Green proposes – inactivating the extra copy of chromosome 21 that causes Downs Syndrome (DS). While this work is not ready for prime time it is an exciting new avenue that could eventually make treatment for DS a reality.

Continuing our X Factor focus we awarded an additional grant to Jeannie Lee of Harvard University. She is currently funded for a drug screen to reactivate MECP2. While the goal of the new award is the same – activate MECP2 – how she proposes to accomplish it is completely novel. 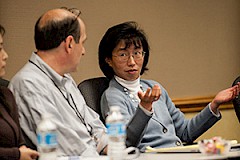 The hypothesis of Dr. Lee’s approach rests on an observation that a group of proteins called Polycomb complexes working in concert with a certain type of RNA, called noncoding RNA (lncRNA) are relevant for keeping genes silent on the inactive X.

Dr. Lee's therapeutic strategy is to awaken the MECP2 gene by disrupting the binding that occurs between the lncRNA and the Polycomb complexes.

While the work is early stage, if Dr. Lee’s hypothesis proves correct this approach would be attractive.

Last October David Katz of Case Western Reserve University published a paper showing that certain physiological symptoms in the Rett mice normalized after treatment with an aesthetic called ketamine. With RSRT funding Dr. Katz will continue to pursue this line of exploration with additional drugs that work in the same pathway but have less side effects. He will also attempt combination therapies with various drugs.

Below is a video interview with Dr. Katz that was posted earlier this year.

The final award was granted to Kevin Foust of Ohio State University. Dr. Foust has been working with Brian Kaspar and Gail Mandel on gene therapy approaches to treat Rett Syndrome. This award builds on that work by extending a gene therapy approach to the MECP2 Duplication Syndrome. Dr. Foust will deliver RNA interference (RNAi), a biological process in which RNA inhibits protein production) via a vector in duplication syndrome mice.

If the data is encouraging this work would form the basis for a therapeutic approach to treating patients.

This work is being funded via the MECP2 Duplication Syndrome Fund at RSRT and directly supported through the efforts of the duplication families.

We look forward to bringing you updates on these and all of our projects. Once again we thank all of our supporters – this is your money at work for our girls.