Letter from the Executive Director

This October will mark fourteen years since my daughter, Chelsea, was officially diagnosed with Rett Syndrome. On that day I made my then two-year-old daughter a promise: I would do everything in my power to free her from Rett Syndrome.

In pursuit of that promise I co-founded two organizations: first the Rett Syndrome Research Foundation in 1999 (later merged with IRSA to become IRSF) and more recently the Rett Syndrome Research Trust. Through my work I have supervised peer-review for almost a thousand research applications, organized numerous scientific symposiums and think tanks, heard countless science talks and spoken to more scientists than I ever imagined possible.

My work with RSRT is ambitious and often difficult, especially when also dealing with the never-ending challenges of raising a child with complex medical needs. However, working with like-minded trustees, organizers of events both big and small, and the founders of organizations who support our efforts has been a supremely rewarding experience. Their drive to maximize research funds in a no-nonsense, get-the-job-done fashion has been inspiring and energizing.

As I stand on the threshold of the New Year I feel, for the first time in fourteen years, that 2012 may see the efforts of the scientists and the donors who support them begin to bear fruit – a year that could prove to be paradigm-shifting in how we think about fighting Rett Syndrome. A year where we may begin to test, via clinical trials, whether what works in the animal models will actually work in children.

Much work remains to be done, both scientifically and financially. The research that lies ahead needs to be exponentially expanded. Clinical trials will be particularly expensive. We need your help. If you’ve been hesitant about fundraising please consider this your own personal invitation.

In joining our efforts you will become part of an extraordinary group of national and international volunteers – discerning, bold, tenacious and unabashedly intense. Because of their vision and commitment RSRT had a remarkable year. Our young organization, with the tireless work of motivated volunteers and contributors and no staff, beyond myself, moved Rett research forward in 2011: 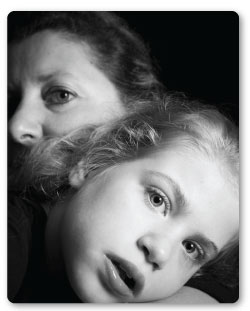 As I bend down to lay my 15-year-old daughter gently into her bed each night we often stare intently into each other’s eyes. As her gaze bores into me I feel her holding me to my promise. I invariably ask myself “Did I do right by her today?” It is with serious and deep purpose that I renew my obligation to her and to each person with Rett Syndrome. This sense of responsibility extends also to our supporters and volunteers who donate money, time, and energy. Their confidence in our work reinforces our collective strength and will to defeat Rett Syndrome.

If you know a child or adult with Rett Syndrome please consider making 2012 the year you become more involved with our efforts.

If you are the parent of a child with Rett, perhaps you’ve made a similar promise to your daughter. Help us to fulfill your promise … and mine.

I’d like to support your efforts by making a donation. (Recurring monthly donations also possible.)
I’d like to become involved with an existing annual event.
I’d like to discuss starting my own event.
I would like to learn more about RSRT and how I might contribute.